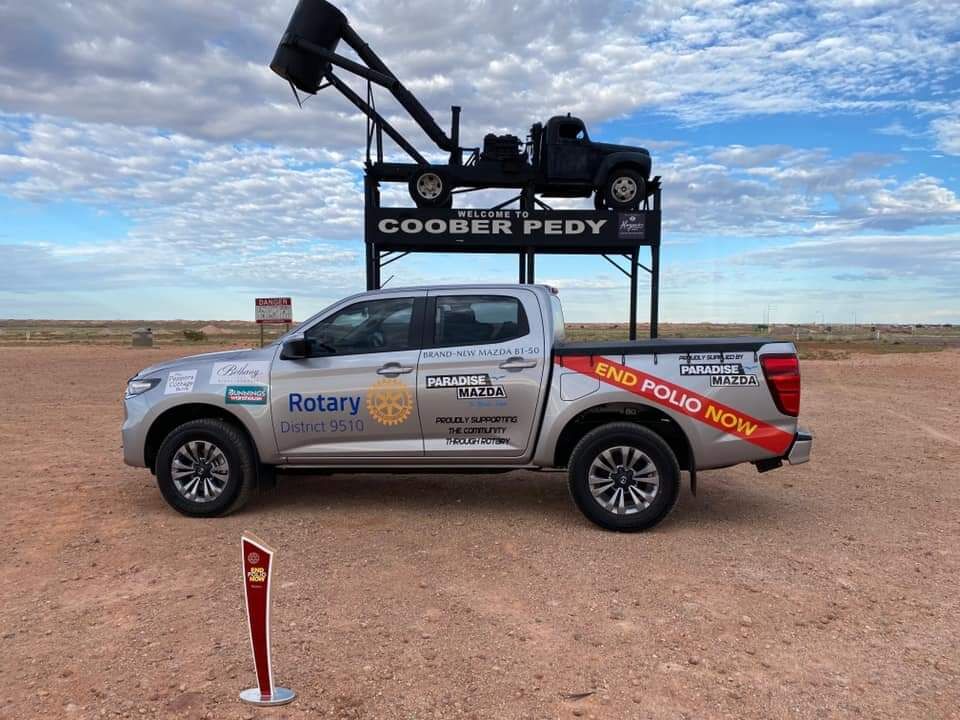 This ute will be in Mawson Lakes on 20 November

The Rotary International District 9510, which extends across most of South Australia and into the Northern Territory and western New South Wales and Victoria, has launched the 2020 Rotary Polio Ute Relay.  The Ute Relay aims to act as catalyst to increase public awareness and raise funds for polio eradication about Rotary and its connection to polio eradication and will also raise significant funds for the End Polio Now campaign.

Rotary celebrates 100 years in Australia in 2021 and is conducting a baton relay to celebrate. The R100 Baton Relay aims to connect all Rotary Clubs across Australia and NZ with their communities. The Ute Relay will carry the baton with it.

The Ute will become a gleaming beacon for the End Polio Now campaign as it travels around. The 2020 Rotary Polio Ute Relay comes at an important time in the fight to eradicate polio, which would be only the second human disease to be eradicated.  There is no cure for polio, but for as little as 60 cents worth of oral vaccine, a child can be protected from the disease for life.

Rotary International made polio eradication its top priority in 1985.  The

Bill and Melinda Gates Foundation matches every $1 Rotary commits to polio eradication 2-to-1, raising up to US$150 million per year. Rotary, has contributed more than $2 billion to end polio and its members have logged countless volunteer hours to help immunize more than two billion children in 122 countries.

Stay in touch with the Ute on its travels www.POLIO-relay.org.au

And on face book https://www.facebook.com/PolioUteRelay